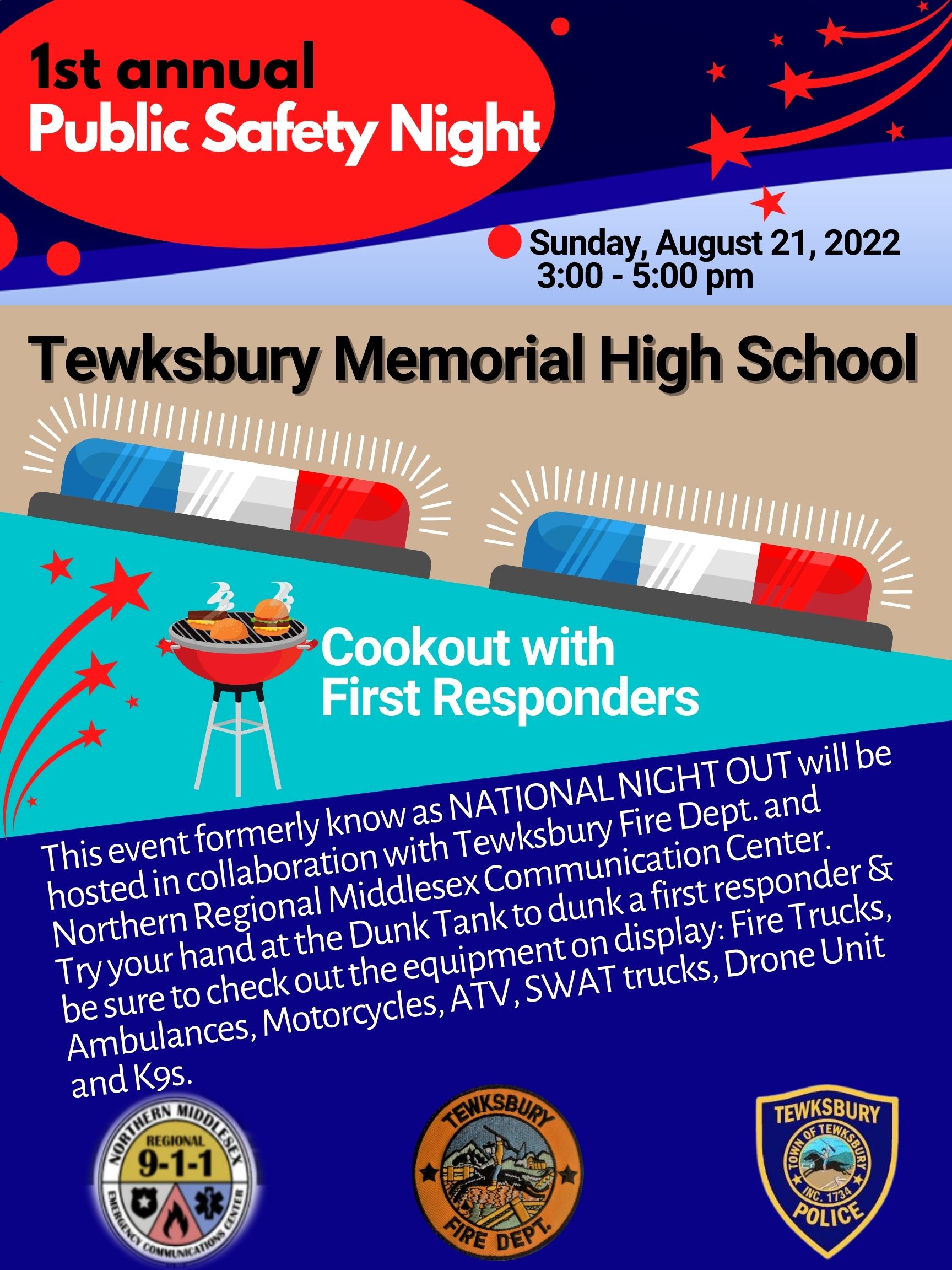 Come see some of the Smokin’ Clays SCTP youth trap team and Jr Rifle hot shots, at TPD’s 1st Annual Public Safety Night at the Tewksbury Memorial High School.  This event is in lieu of the previously held National Night Out and will be in collaboration with Tewksbury Fire Dept. and Northern Regional Middlesex Communications Center.

The FREE event is scheduled to have a cookout, dunk tank and display of emergency vehicles. 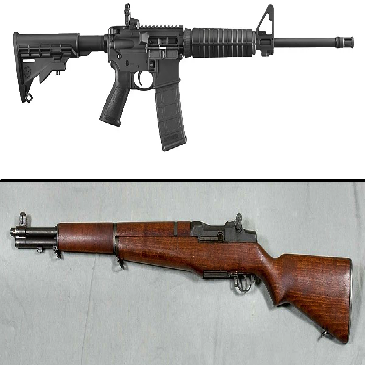 Please come down and join us on Saturday August 13, 2022 from 9:00 AM – Noon (weather permitting) for our monthly CMP Match Clinic.

The event is conducted in a match format (5 rounds for practice, 10 rounds prone, 10 rounds sitting or kneeling, and 10 rounds standing), but the competition is secondary to the experience of firing these two iconic military firearms.

We will be practicing social distancing and disinfecting club provided rifles between shooters in order to ensure the health and safety of all.

The cost for each match is $20 for ammunition (.30-06 or .223) and there is no cost if you bring your own ammunition. Minors must have a parent or guardian present.

Come down and shoot a piece of history! 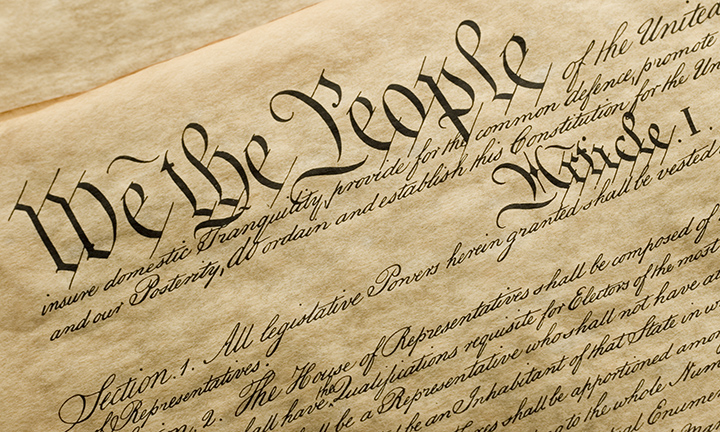 Recently the Massachusetts State Senate has passed legislation that removes any restrictions appearing on any license holder’s License to Carry (“LTC”)—limiting the license holder to carrying a firearm only for such activities as hunting, target shooting, employment, etc—are no longer enforceable.

As a result, if your LTC has any such restrictions, those restrictions are no longer enforceable. If you would like a new license issued to you to reflect this change before your renewal, you may contact your licensing authority. Otherwise, when you reapply for an LTC in the future, you will be provided a new LTC without any such restrictions provided that the licensing authority does not deem you to be a “prohibited person” or “unsuitable” under the law.

For more information, check out Mass.Gov. 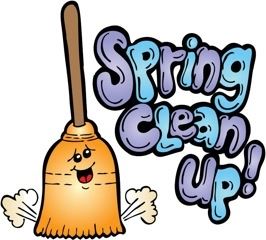 It’s that time of year again, for us to all get together and clean up around the club.  Please come down with gloves, rakes, leaf blowers, shovels, wheelbarrows. etc on May 7th at 8:00am.

The more help the less time it will take!  Work off those hours!!  Please note all ranges (indoor and outdoor) will be closed during the clean up, as there is work to be done on each range.

We have plenty of projects to be worked on around the clubhouse, indoor range, hi-bore, trap and archery fields.

Indoor Range we will be looking to have a crew to clean up the lead pit, haul brass, as well as painting the walls. 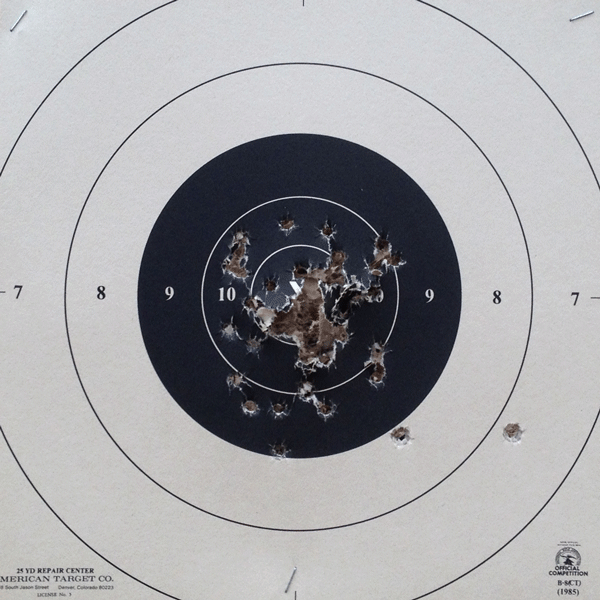 Every Monday, starting on May 2nd through September 26th The Tewksbury Rod & Gun Club will be holding a Bullseye competition.  These matches are open to the public, membership is not required.

This semi-formal setting is a great way to become accustomed to the calls used on the firing line, and to learn how to score targets.

This competition is intended to get new shooters involved in the sport, as well as maintaining the edge during the long summer break for the experienced Bullseye competitor.

Shooters may compete in rimfire (.22 cal), centerfire, or both.  There is a nominal fee of $2.00 for one match or $3.00 for both matches.  The shooter competes against his/her own average, so everyone has a chance to win. The League will provide the targets, however the shooter must bring their own ammunition.

Each shooter gets one point for shooting each night, and additional points are awarded for first through fourth place for each night.  At the end of the season an awards banquette is held to honor those who persevered.

The Ranger Officer calling the match will enforce all range and safety rules.  These matches typically start around 6:00 pm and the last relay typically goes off around 7:45 pm (depending on the number of shooters who show up on a given night). 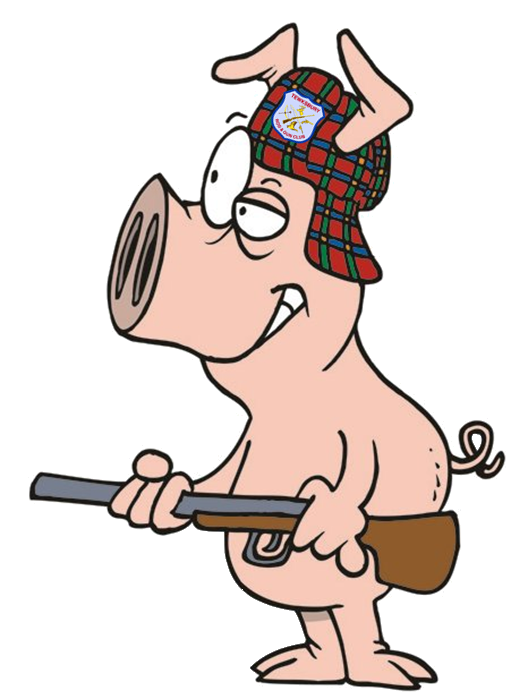 On Saturday, April 30th*, we’ll be hosting The TRG Spring Ham Shoot from 9am to about noon. Come down and kick off spring with a BANG! The ham raffle will held after the Adios.

This is a great time for all, if you would like to try shooting trap, this is a great no pressure fun event. The fee is $5 per round, each round is a total of 15 targets.  3 shots per station, 5 stations.  Ammo is NOT supplied.

The Rules
1.) Every entry gets one ticket in turkey raffle.
2.) Yellow targets hit earn an extra ticket in turkey raffle.
3.) targets per station (15 targets total per round).
4.) “Backup” format – two shooters mount guns, the first shooter calls for the target and if they miss the target, the “backup” shooter can shoot at the
target. If the second shooter fires, that is his/her shot for the round regardless of whether or not the target is hit.
5.) Shooting out of turn is a lost target regardless of the actual target result. 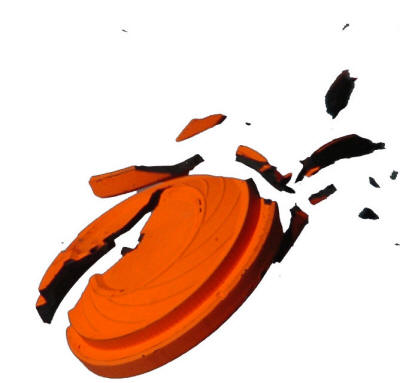 Have you heard people talking about Trap Shooting at the club and wondered what all the fuss is? Does the idea of the instant gratification from watching clays smash into pieces make you smile? Why not come out and give it a try?

On Saturday April 2 from 11AM-1:30PM, we will be conducting our a beginner trap clinic, limited to 10 students. The focus of this clinic will be to introduce the challenging game of trap to newcomers. This clinic is designed for the brand-new trap shooter and will cover the basics including the rules of the game, foot placement, hold points and the techniques necessary to break targets.

No experience is necessary, and we will have shotguns and ammunition available for use. Included in the $25 fee will be use of shotguns, ammunition, classroom instruction and 2 rounds of trap along side an experienced trap shooter acting as a coach.

Eye and ear protection can be provided, but if you have your own, you are encouraged to bring it. For more information or to sign up, please contact: firearmsafety@tewksburyrodandgun.org.

PLEASE NOTE:  The original date for the Trap Clinic was March 26th, the new date is April 2nd. 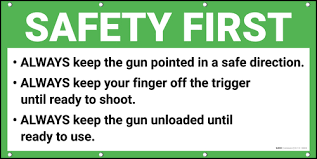 The Smokin’ Clays youth trap team will hold its annual shotgun safety training session on Saturday morning, March 12, 2022 from 9 AM to noon.  Once again, we have decided that all new and second year team members must attend 2022 Tewksbury SCTP shotgun safety training. Any SCTP shooter who has attended the safety class two times or more will be excused from attending. These folks can voluntarily attend and be welcome, if they wish to do so.

This safety class is run by fellow member Dana Crowe and is an annual requirement for all of our newer youth team members. If you are already on our 2022 SCTP team roster or just want to learn more about shotgun safety, you are welcome to attend free of cost. Shooters must pre-register with Mike Hebert at Coach_Mike@TewksburyRodandGun.org or (978) 604-0745 to assure we have enough materials and books on hand for all.

Our program encourages all youth shooters to always consider safety first, whether you follow thru and join the TSCTP team or not.  This is a free public service of Tewksbury SCTP. 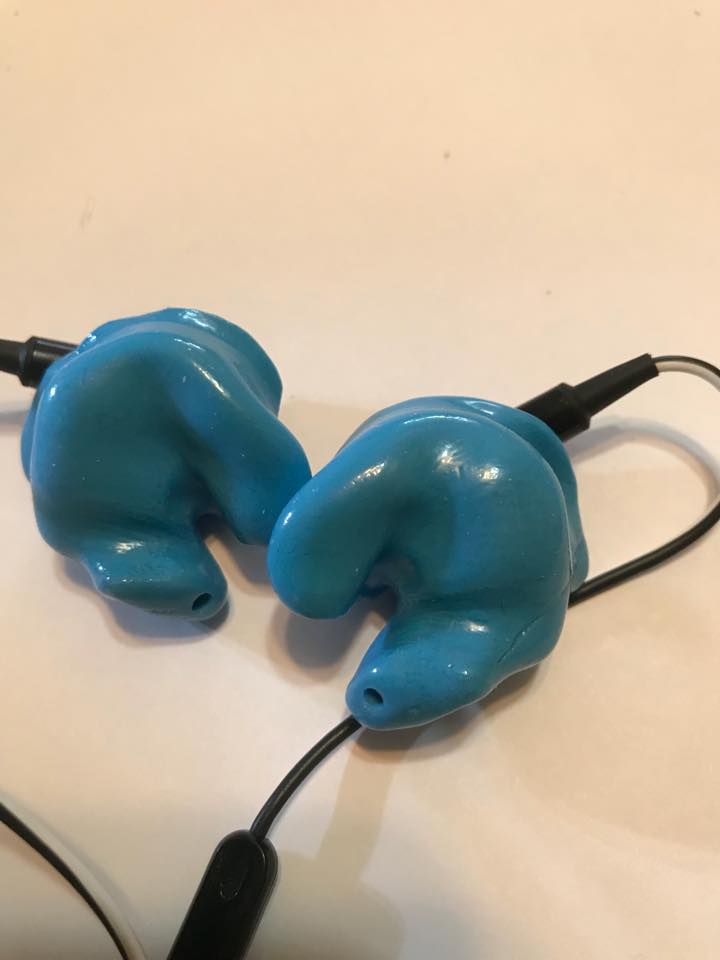 We are happy to announce that on Tuesday, December 14, 2021, Mike Maal of HEARSafe, will be at our club to make custom earplugs for those who wish to purchase them. Planned start time will be 6 PM at twenty-minute intervals. Single color solid earplugs, with or without cords, will cost $70.00 a pair.
As Mike was able to obtain the last of EAR Inc’s supply of the original Insta-Mold silicones, you can choose from the following colors: Tan, Brown, Pink, or Purple; this is also why the price has not changed for us.
The price includes sales tax and first-class shipping and handling (with tracking).
If you are a pistol shooter, rifle shooter, or trap shooter – you will want to get into these amazingly effective and super comfortable plugs made to fit your ears perfectly.
Mike informs us that if you have earbuds or Bluetooth devices, making custom fitting adaptations for those is one of HearSafe’s specialties, as well. Prices on those vary depending on options but Mike suggests that if you are interested, bring them in so he can look at them to see if they lend themselves for custom molds. He further states, for customization, he likes Bose and Skullcandy.
Mike has always done an excellent job for our fellow shooters. We recommend that new or prospective SCTP junior trap shooters get a set of plugs made for the upcoming trap-shooting season.
Pre-registration is required with a $20 non-refundable deposit and will assure you of a specific time slot to get your custom earplugs made on this night. The remaining balance of $50 will be due the night of making your custom earplugs. Mike would like to limit the sign-up list to the first eight (8) individuals who sign up. If time permits, Mike may consider a walk-in or two if possible. If there are more than eight (8) individuals that would like earplugs, we will schedule a second date.
Contact Laura Veno to reserve your spot!

On Saturday, December 4th, we’ll be hosting our annual Ham Shoot from 9am to about 2pm. The ham raffle will held before the Adios.

This is a great time for all, if you would like to try shooting trap, this is a great no pressure fun event. The fee is $5 per round, each round is a total of 15 targets.  3 shots per station, 5 stations.  Ammo is NOT supplied.

The Rules
1.) Every entry gets one ticket in turkey raffle.
2.) Yellow targets hit earn an extra ticket in turkey raffle.
3.) targets per station (15 targets total per round).
4.) “Backup” format – two shooters mount guns, the first shooter calls for the target and if they miss the target, the “backup” shooter can shoot at the
target. If the second shooter fires, that is his/her shot for the round regardless of whether or not the target is hit.
5.) Shooting out of turn is a lost target regardless of the actual target result.